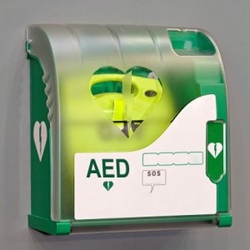 Cardiovascular disease is the leading cause of Death in Ireland, with over 52% of all Deaths being cardiovascular related. France is one of the lowest in the EU with 13% and Ireland has over double the EU average which is at 25%. About half these deaths result from sudden cardiac arrest. Sudden cardiac arrest occurs when the heart suddenly stops beating. Most often it is caused by an arrhythmia (an abnormal heart rhythm) called Ventricular Fibrillation (VF) that prevents the heart pumping blood effectively.

Erne Coast Community First Responder Groups have been trained by instructors from the Irish Health Services Executive (HSE) Ambulance Service, to perform CPR, how to use an AED and perform Oxygen therapy. Upon receipt of a 999 call we are dispatched simultaneously with the Emergency Ambulance. First Responders are only despatched to cardiac related calls within a three mile radius of the centre of their communities.